Presentation to Tony May

Members gathered at the club to recognise and celebrate Tony May’s 25 years as chairman of Bridgwater Tennis Club.

It had been the intention to have a mixed doubles tournament on the day to play for the new ‘Chairman’s Trophy’ but the extreme bad weather meant any play was impossible. A delicious lunch provided by Penny was thoroughly enjoyed by all instead.

Club President, Mike Hollis, presented Tony with a gift from the members (a pair of tickets to the ATP finals at the O2) in recognition of this fabulous achievement. He thanked Tony for his significant contribution to the Club and noted that it was probably more like 28 years as Tony had also been chairman at the Club’s earlier Eastover location. He also mentioned that Tony had been a member of the Club since 1974.

Flowers were presented by Carole to Tony’s wife Sally. Tony was asked to present the Chairman’s Trophy on this occasion to Penny in recognition of the catering services she has kindly provided throughout the year at various events.

Carole explained that going forward the Chairman’s Tournament will be an annual event in the Club calendar. 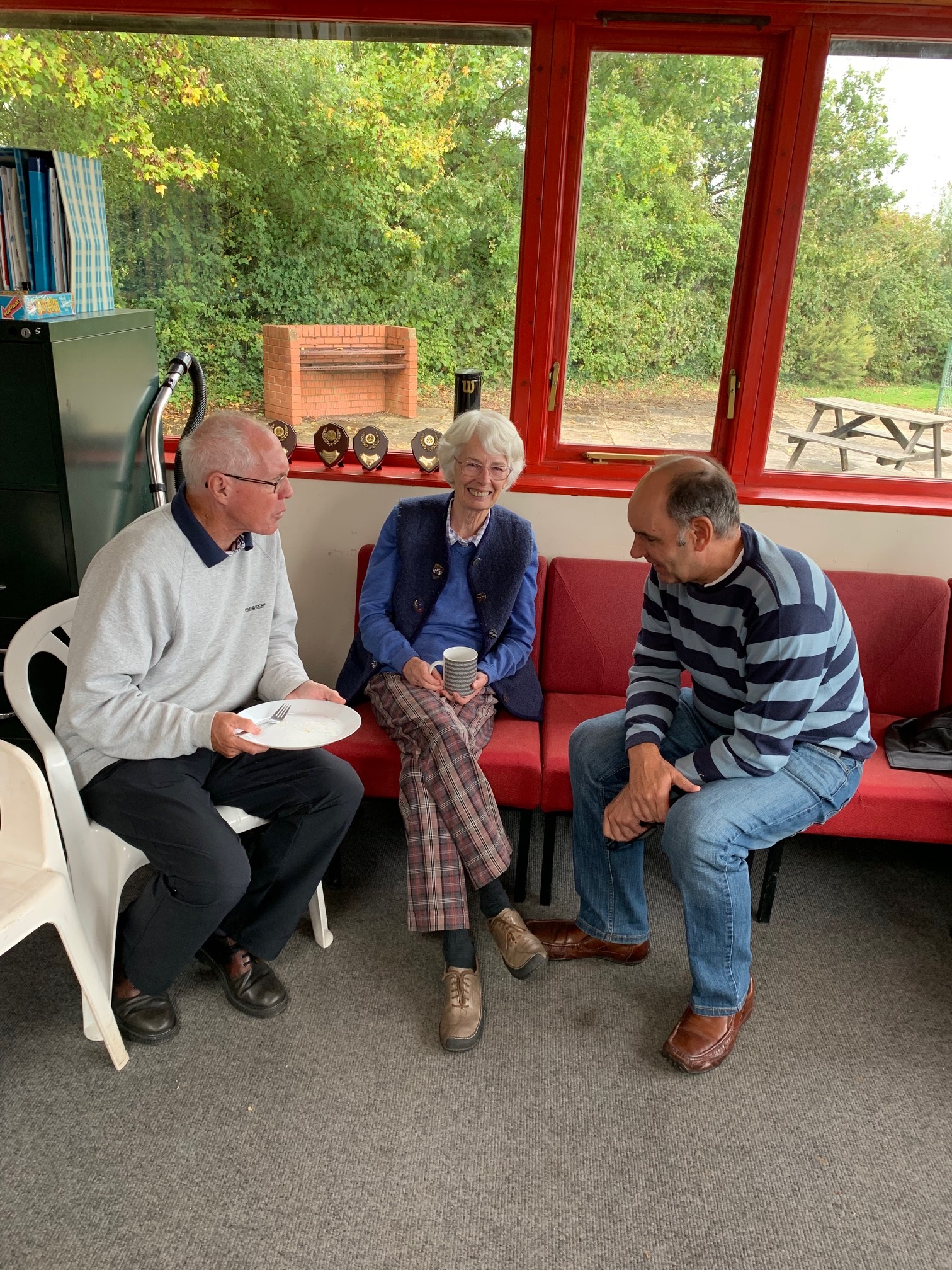 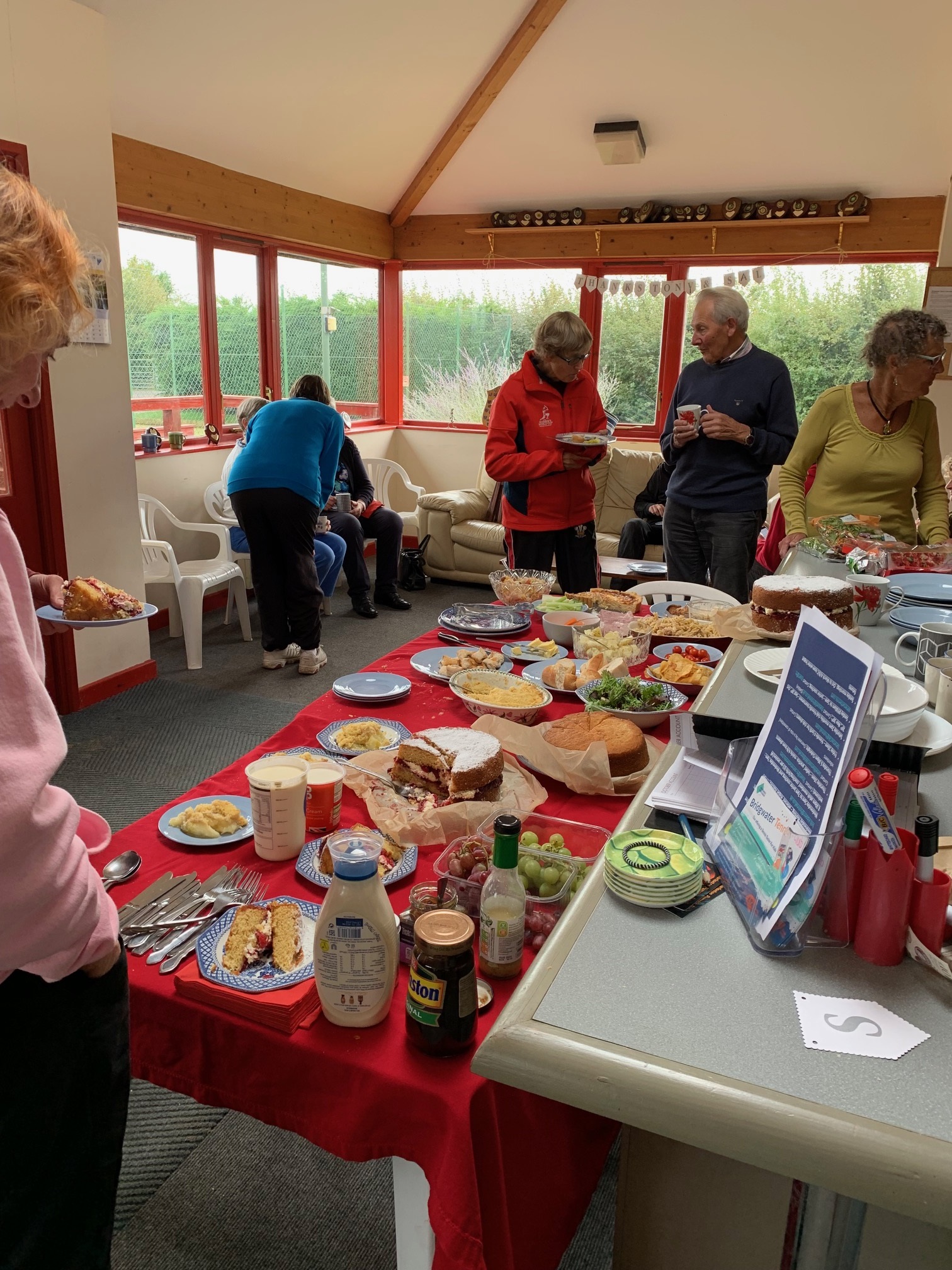 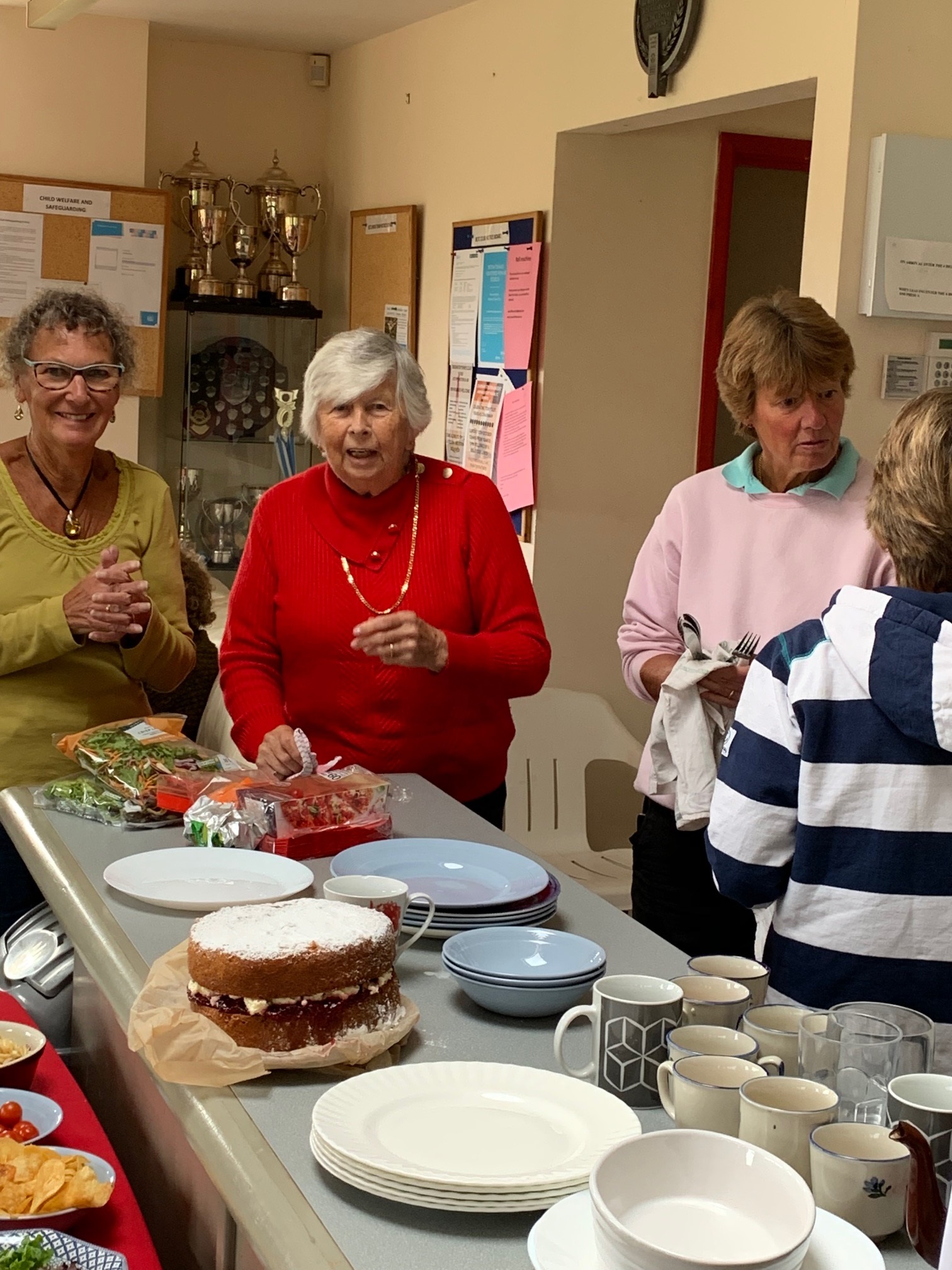 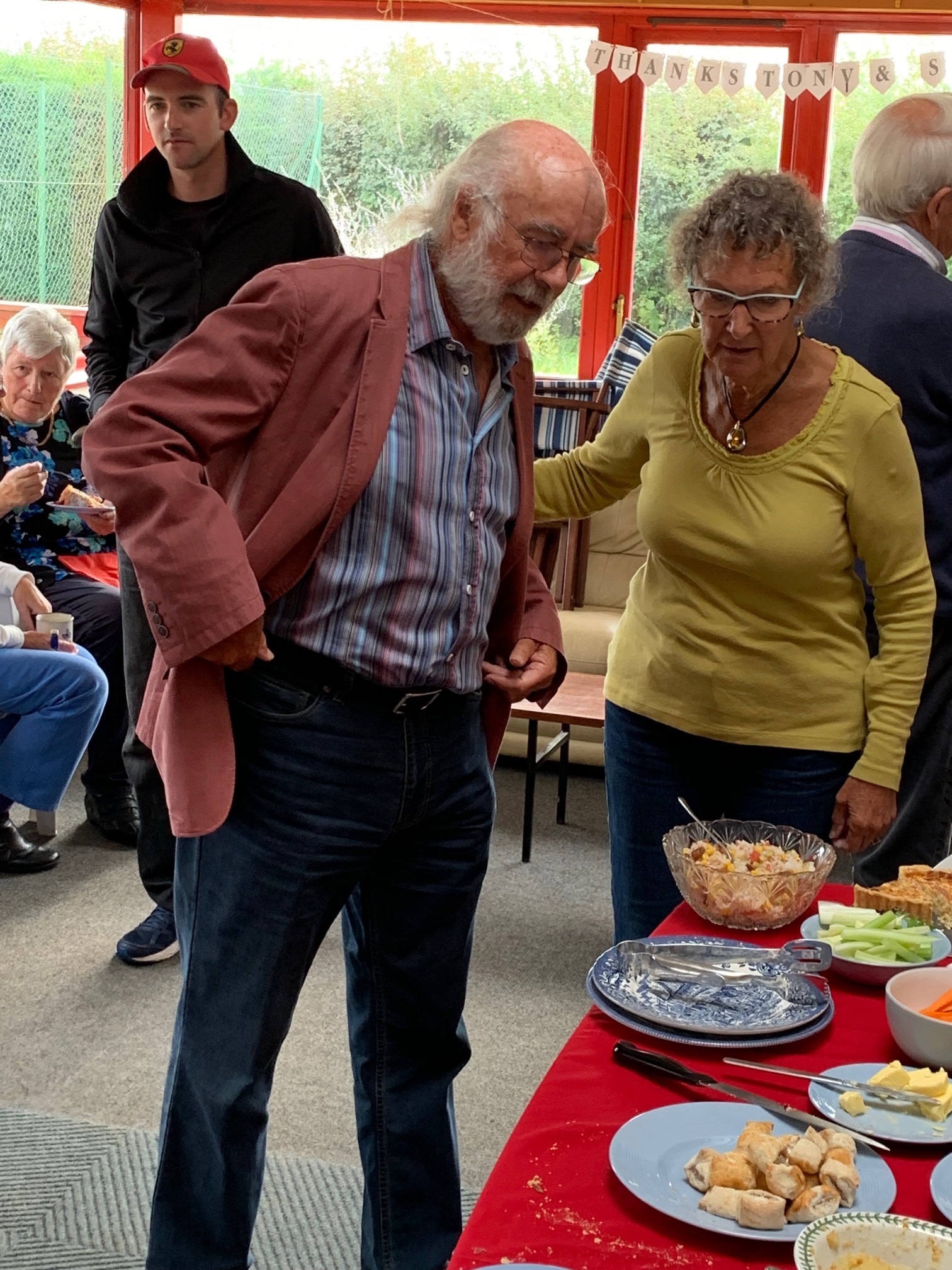 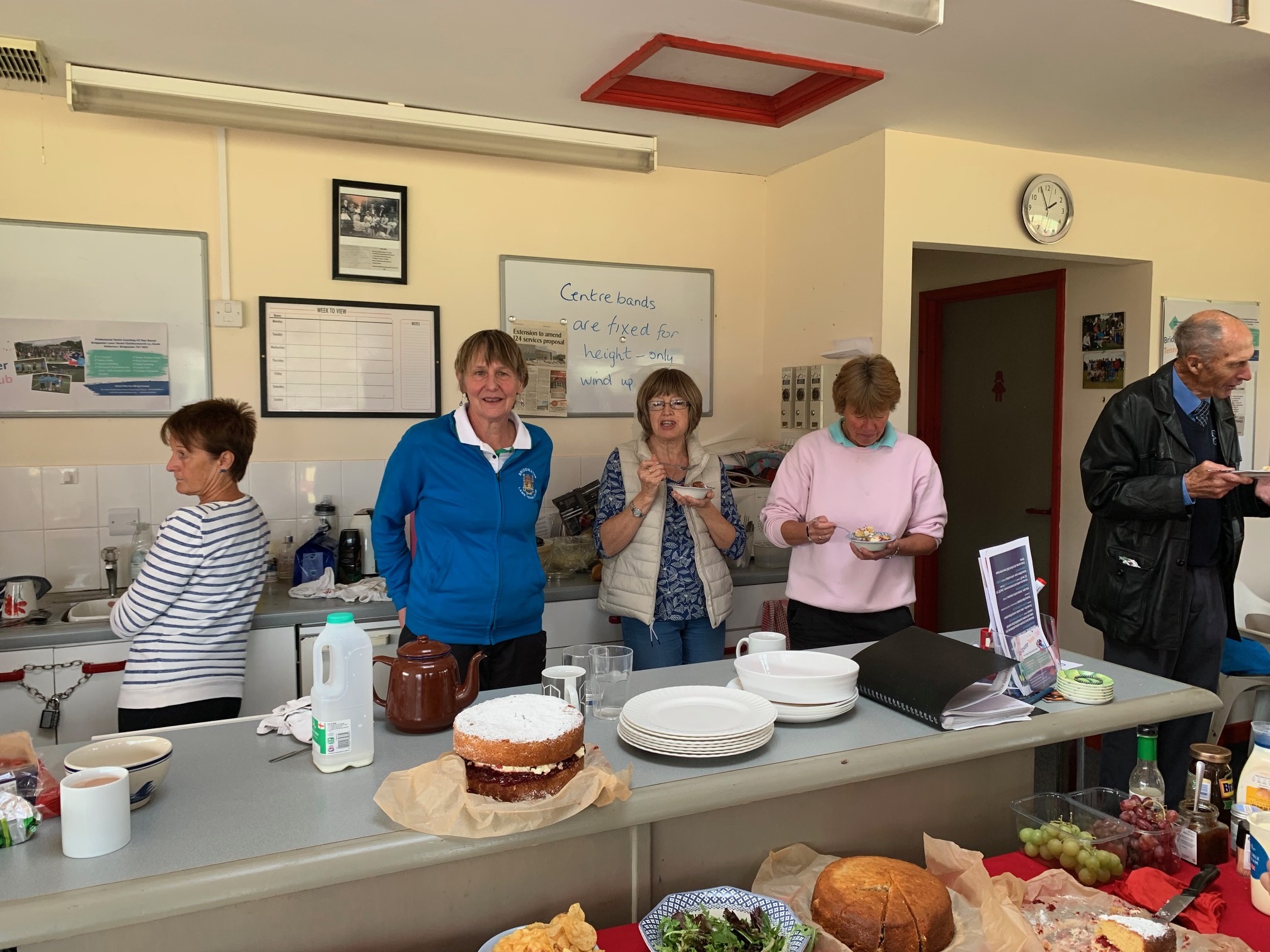 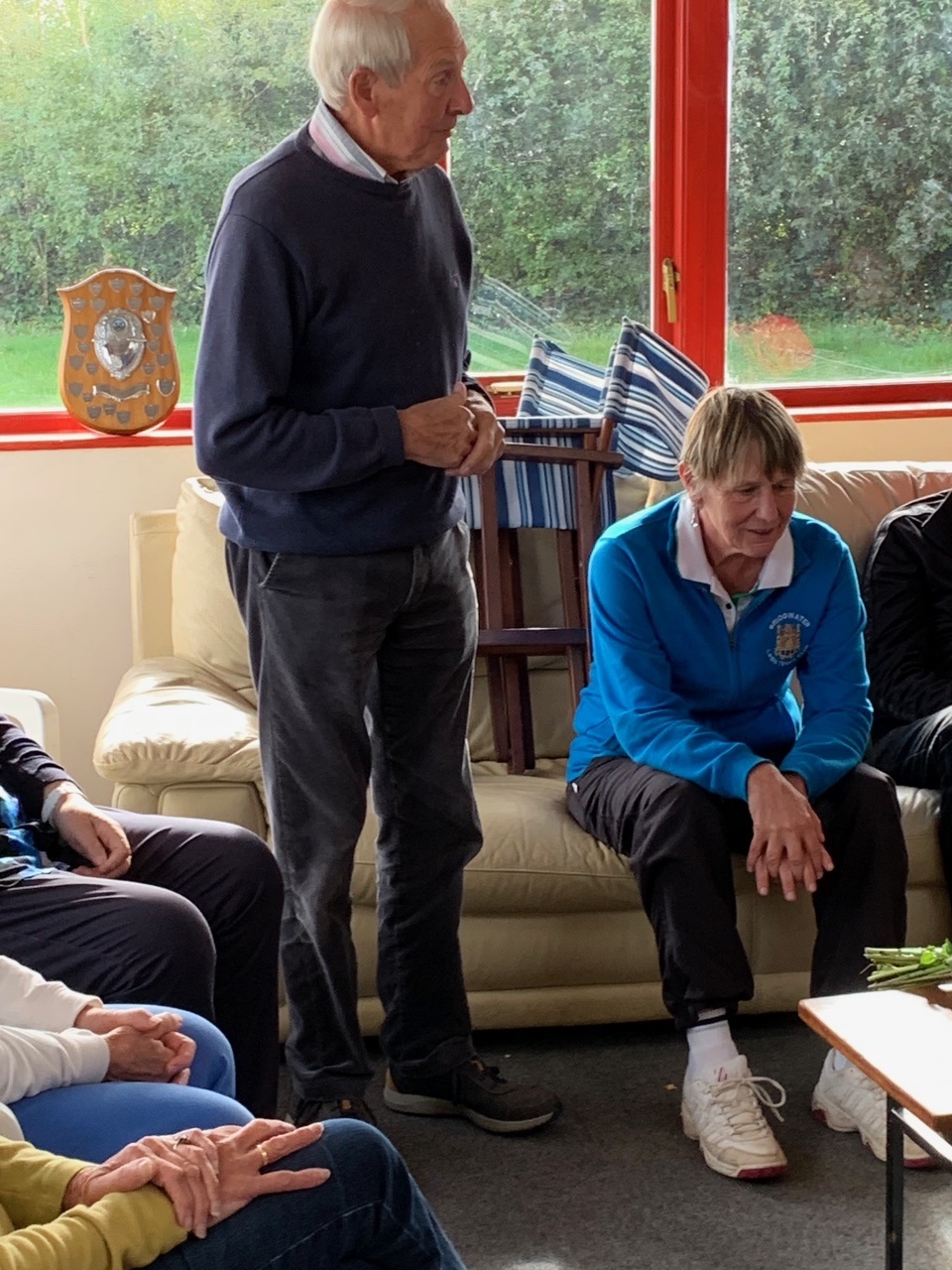 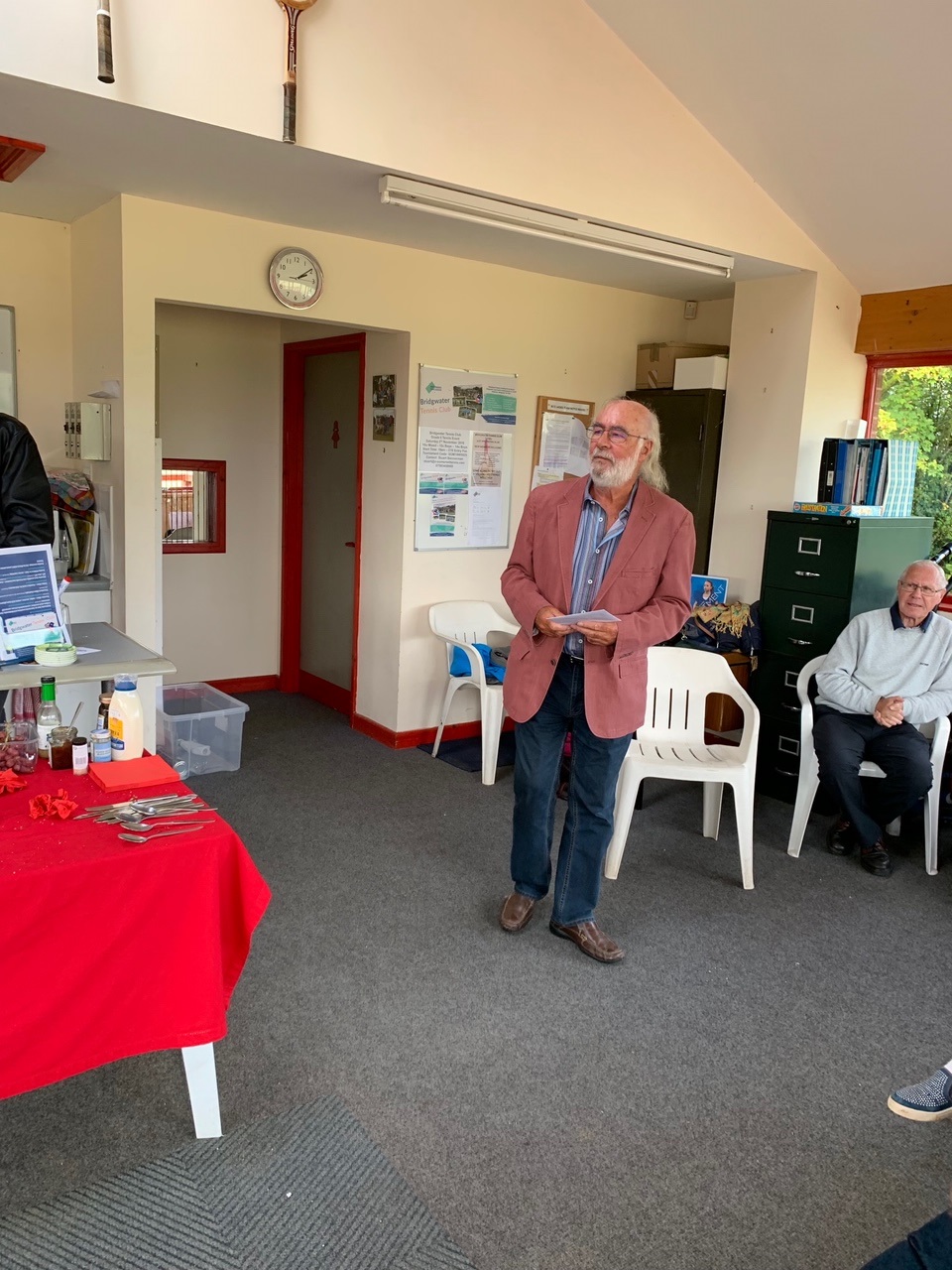 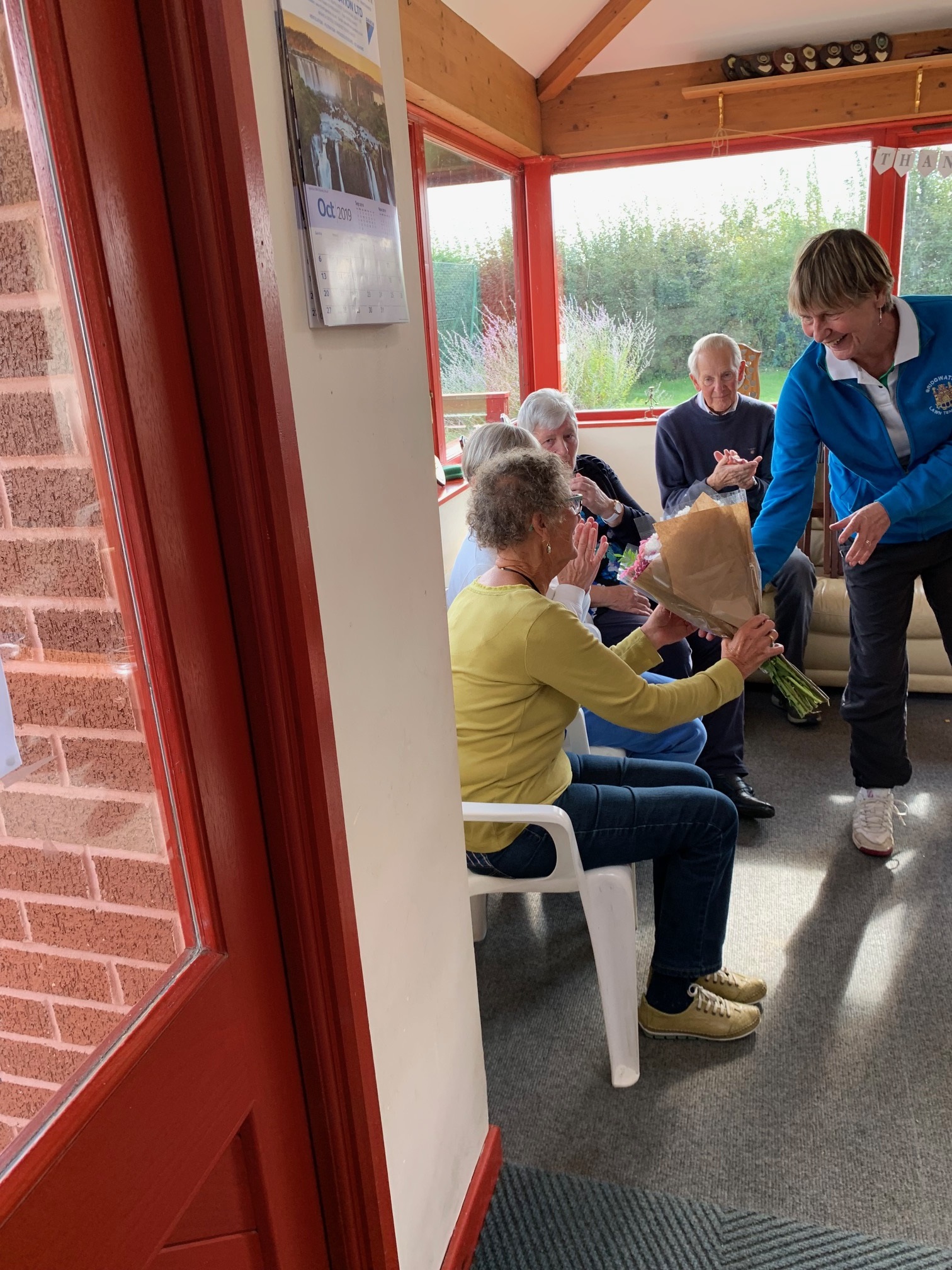 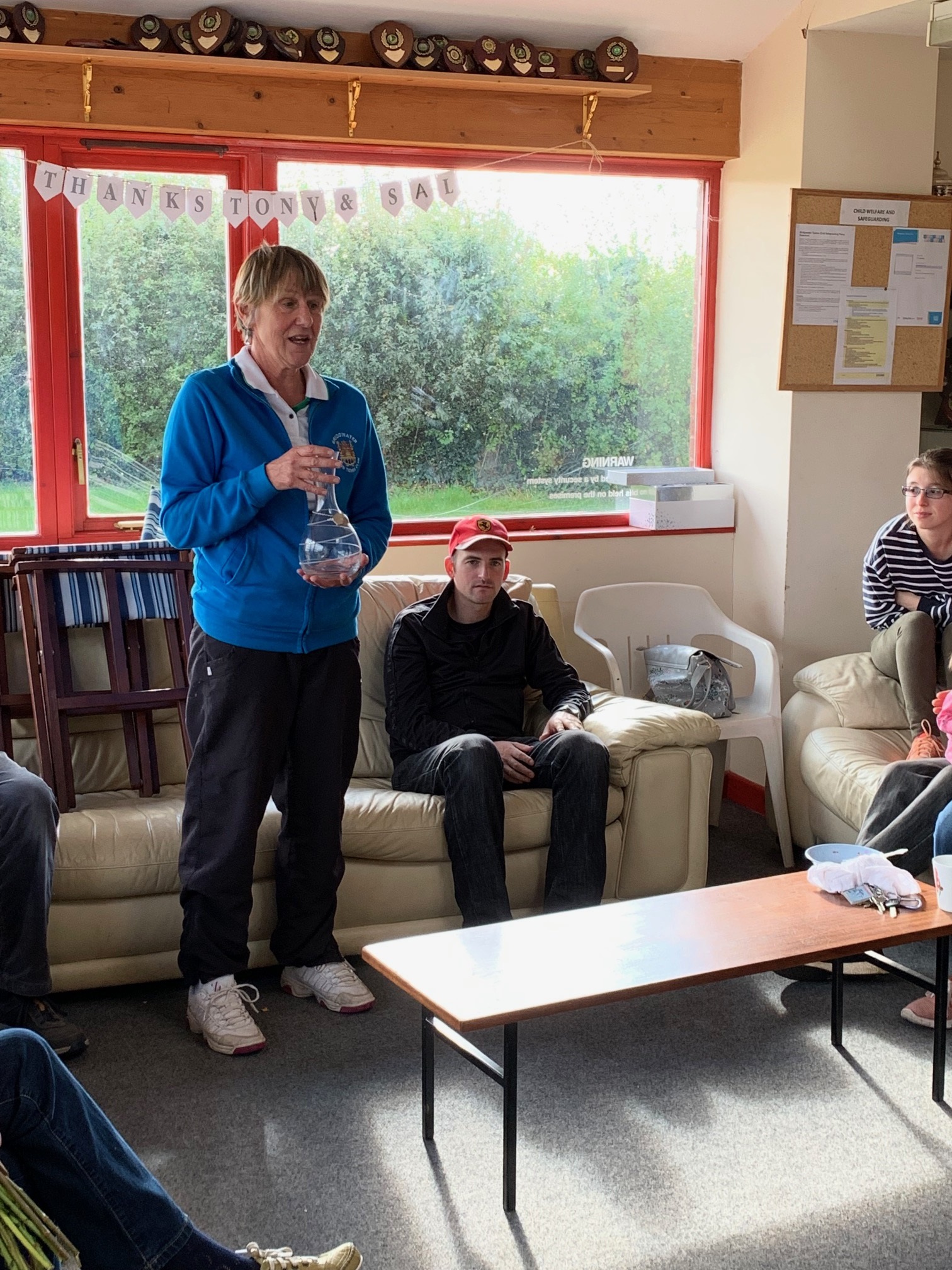 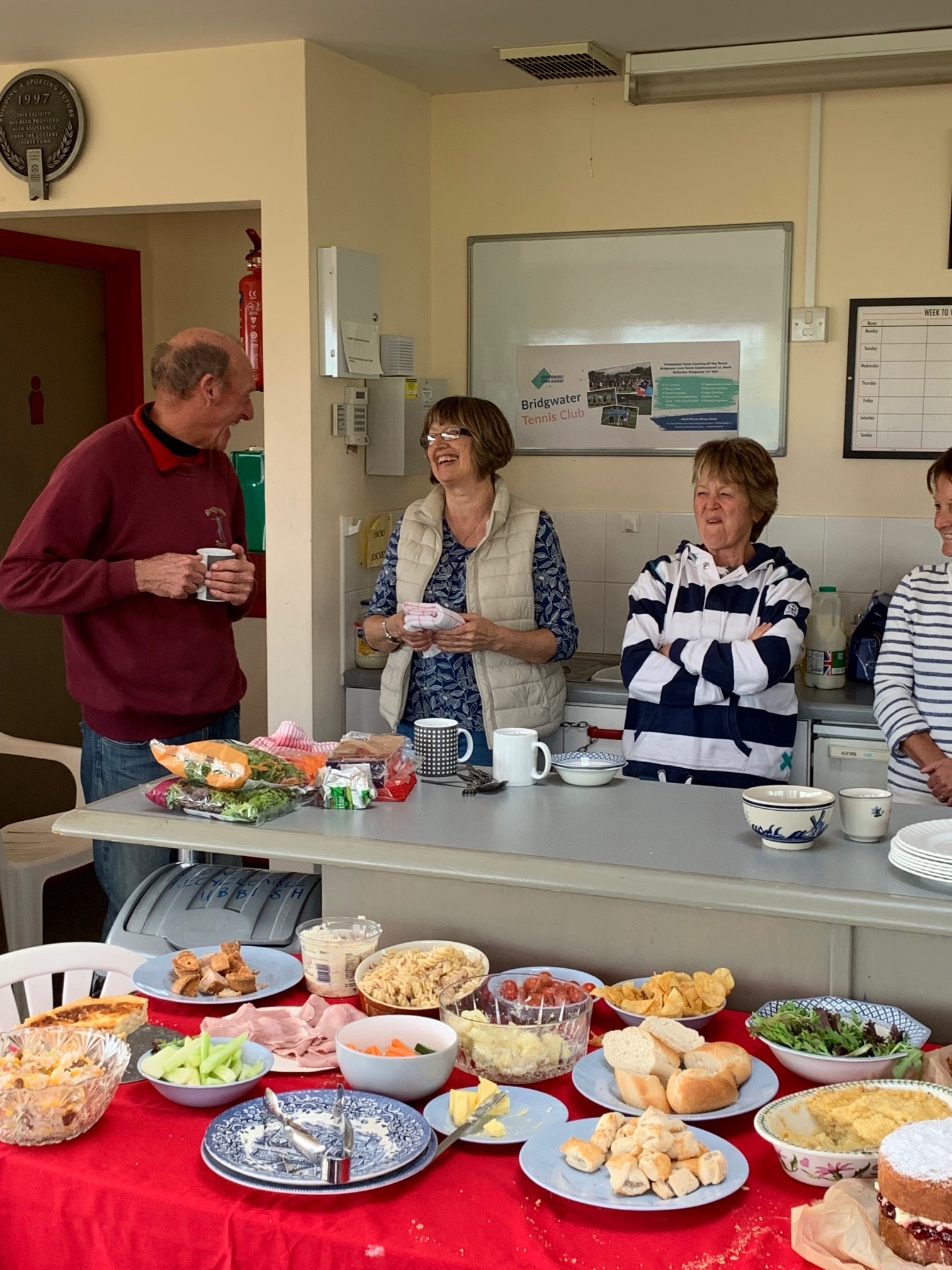 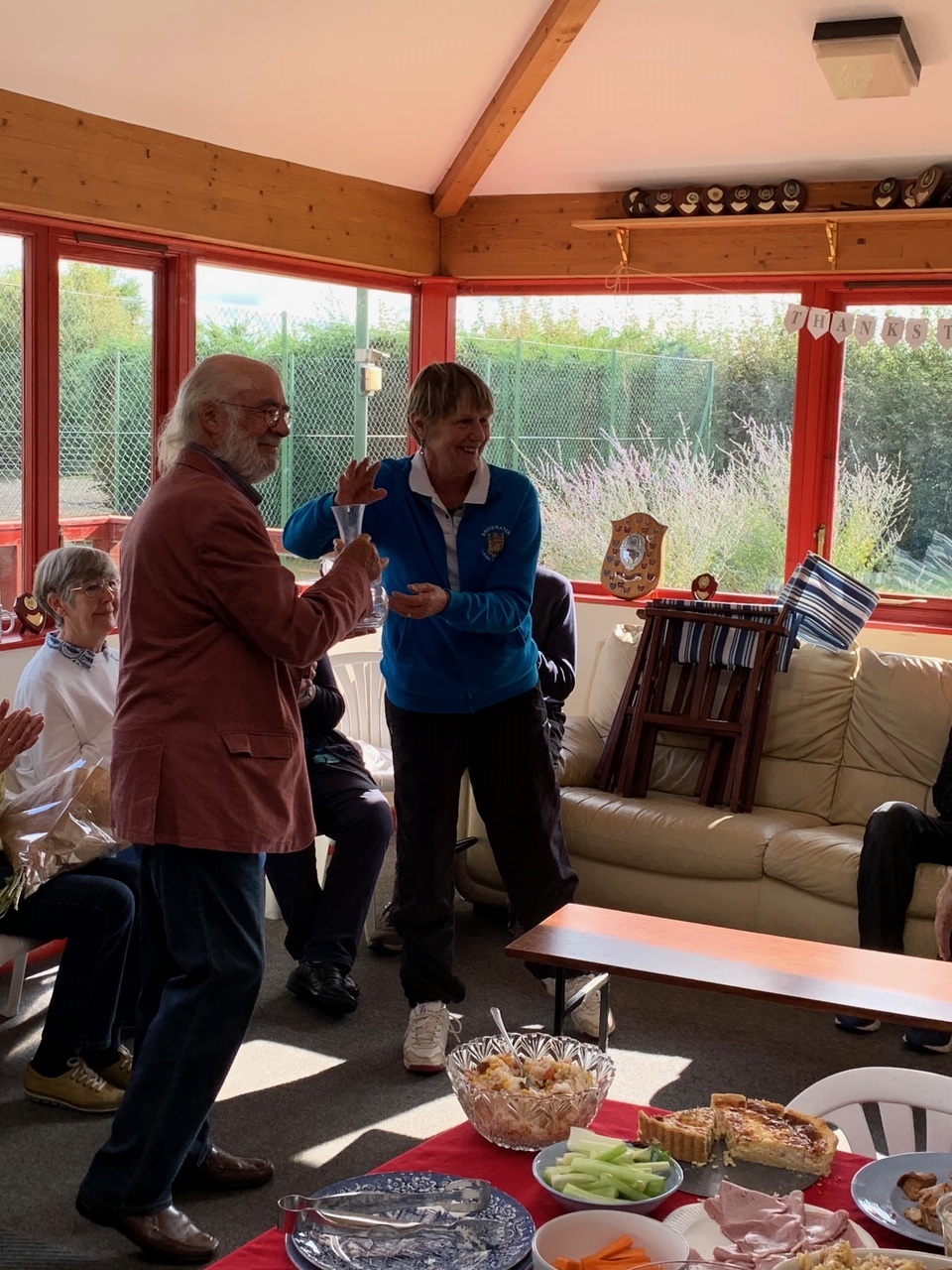 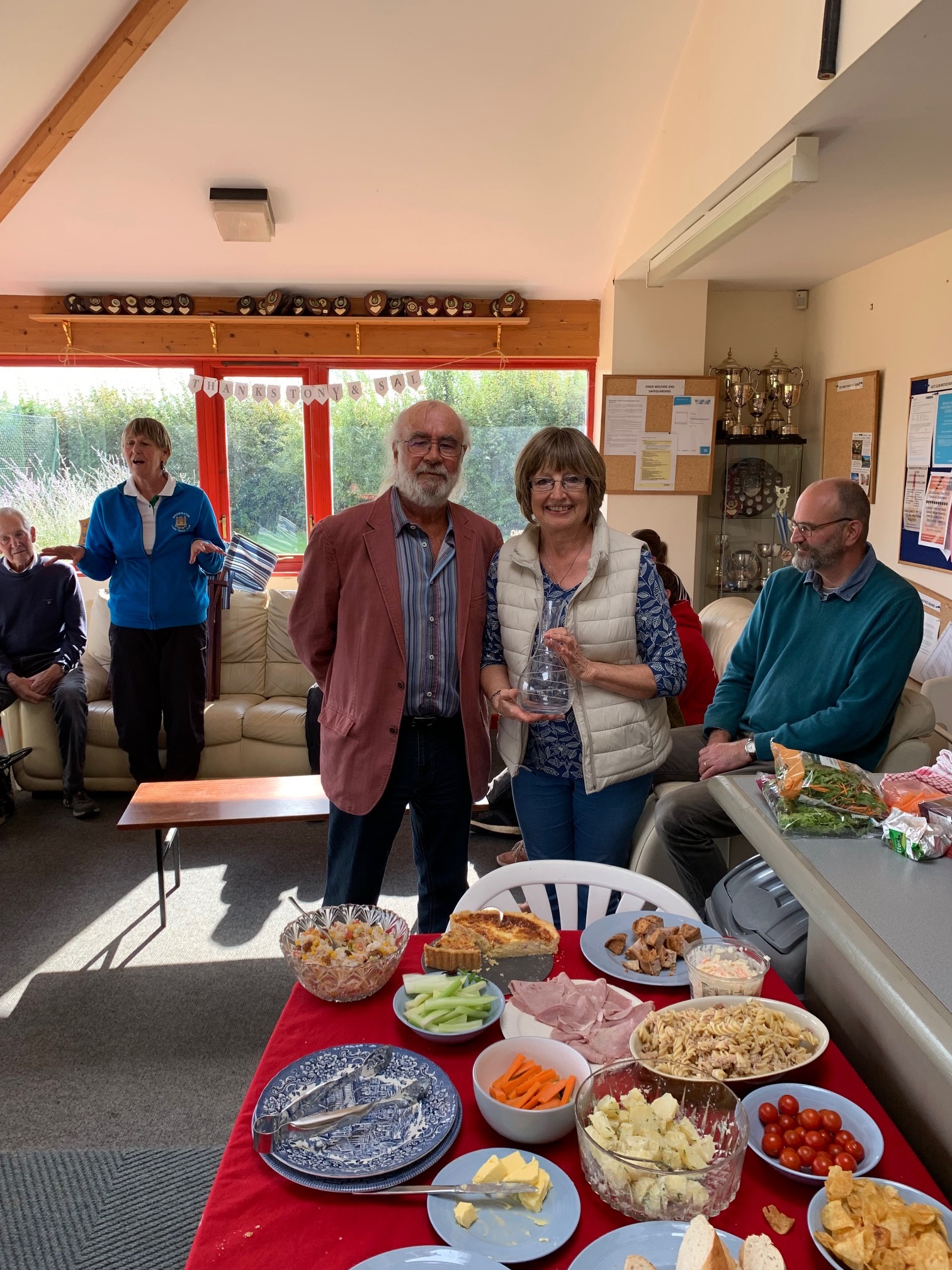